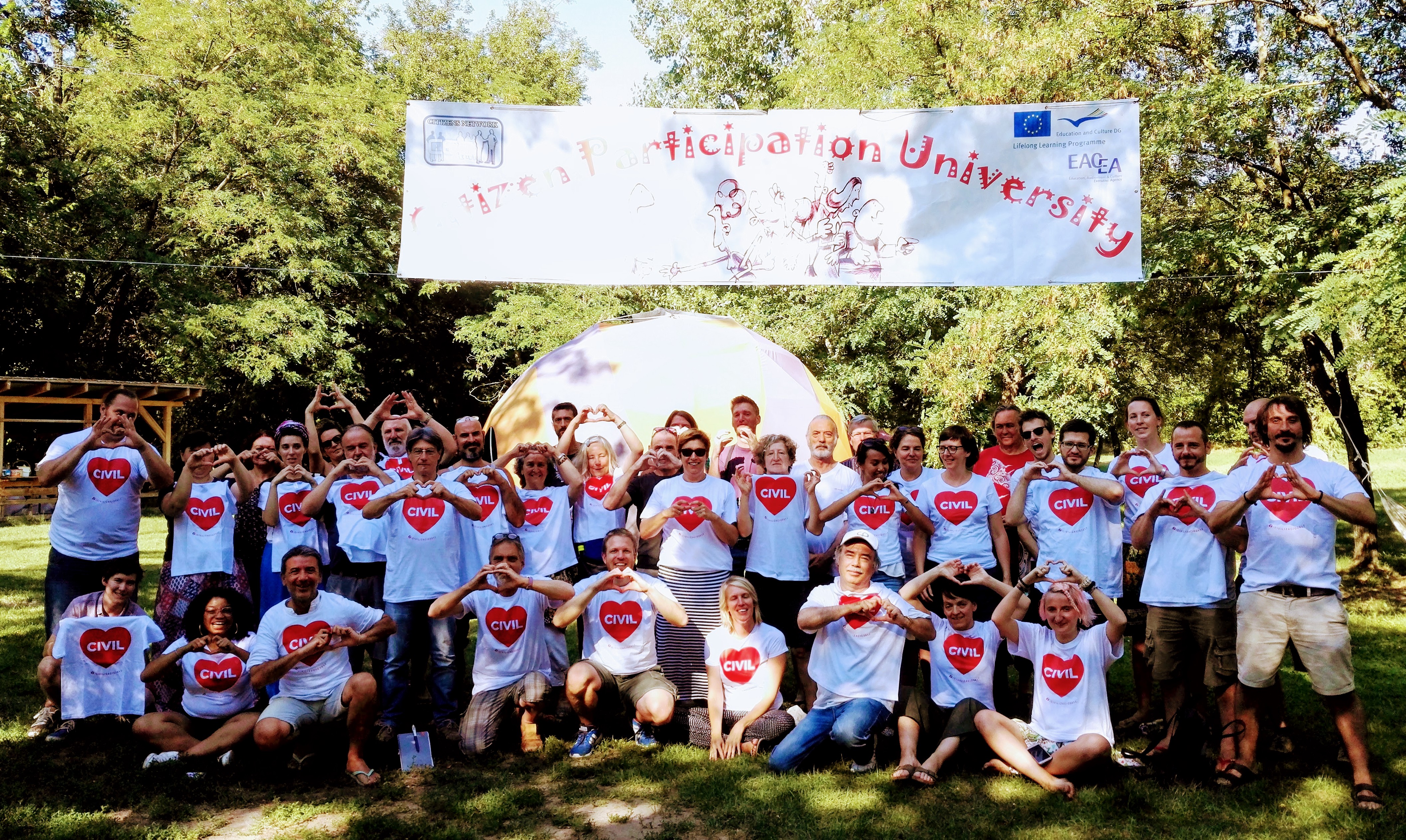 “Something even more dangerous…"

2017 was the eighth time we gathered in Kunbábony, Hungary for the Citizen Participation University, but the first time we have met where a sense of tension surrounding the event was so palpable. Our hosts and partners, the Civil College Foundation, were (and are) on the receiving end of government and state-media attacks.

The Hungarian parliament has just passed a “foreign agent” law targeting civil society organizations thought to be disagreeable to the interests of the government, and just the week before the CPU, the physical property of the Civil College had been trespassed upon by a hostile media outlet looking to “catch” the Civil College in the act of subverting the Orban regime.

There is a lot of talk these days in EU policy-making circles about the “closing of civic space,” but in Kunbábony we started to get a front-line view of what that actually looks like.

A film crew shot this short film about CPU during our time there this summer.

At the same time, the CPU itself was what it always has been: an inspiring and thought-provoking gathering of over 50 change-makers from (this year) 13 different countries. We came together to work across differences and borders, to learn from one another, to think critically about the kind of world we want to live in, and to learn practical skills and strategies to make that world real

As one participant described it, the event was an “open air, open-source, peer-to-peer university.” In this sense you could say we embodied the OPPOSITE of the closing of civic space...

There were workshops on everything from mural painting in Hungary to participatory budgeting in Great Britain, from local strategies to combat climate change in Slovakia to fostering social enterprises in Romania. We watched films on issues ranging from the political situation in Norway after the 2011 terror attacks by a right-wing extremist, to the fight for food security in Belgium, to the development of popular education in the United States.

And, of course, there was plenty of unstructured time to simply get to know one another—to, as one of our aspiring muralists splashed across their canvass: “Drink Beer. Share Values.”

CPU17 opened space for all of this to happen. As one participant described it, the event was an “open air, open-source, peer-to-peer university.” In this sense you could say we embodied the OPPOSITE of the closing of civic space—and we did it in real-time, with real people who will each return to their home countries a bit more prepared to work for the just and free society in which we want to live. 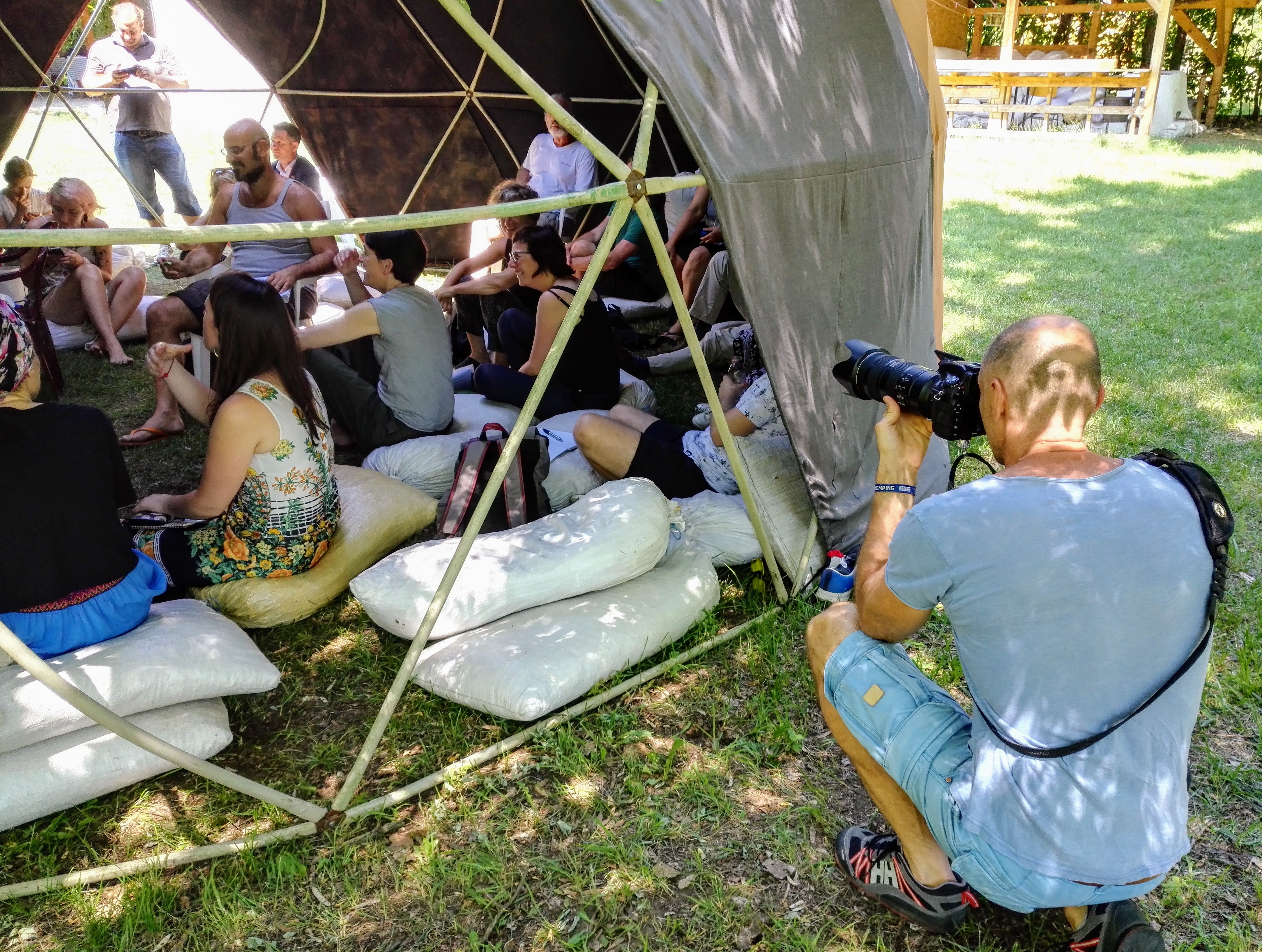 Due to the political situation in Hungary, there was intense media attention in the CPU this year.

The CPU and the Civil College under a microscope

Normally our CPU gatherings are, by design, rather isolated from the day-to-day struggles of our work back home. But this year a sense of the bigger issues “out there” found there way into our space at Kunbábony. Nothing made this more obvious than the sudden media interest in our event.

On Thursday, there were not one, not two, but five different media outlets on site covering our workshops and discussions.

On Thursday, there were not one, not two, but five different media outlets on site covering our workshops and discussions. On top of that, a documentary film crew circulated in and out, plucking people out of the group for interviews, as well as our very own LADDER-project “Citizen Journalists” filming interviews with participants. We were even visited by a member of the political affairs division of the US Embassy.

What was all the fuss about a few workshops? Tellingly, several of the media outlets, initially adopting the framing of the government attacks on the Civil College, stated they came to find a secretive training camp for anti-government rebels, only to find an international group of people talking and sharing freely. As one of the publications (sympathetically) put it, they found “something even more dangerous going on at the CPU.” 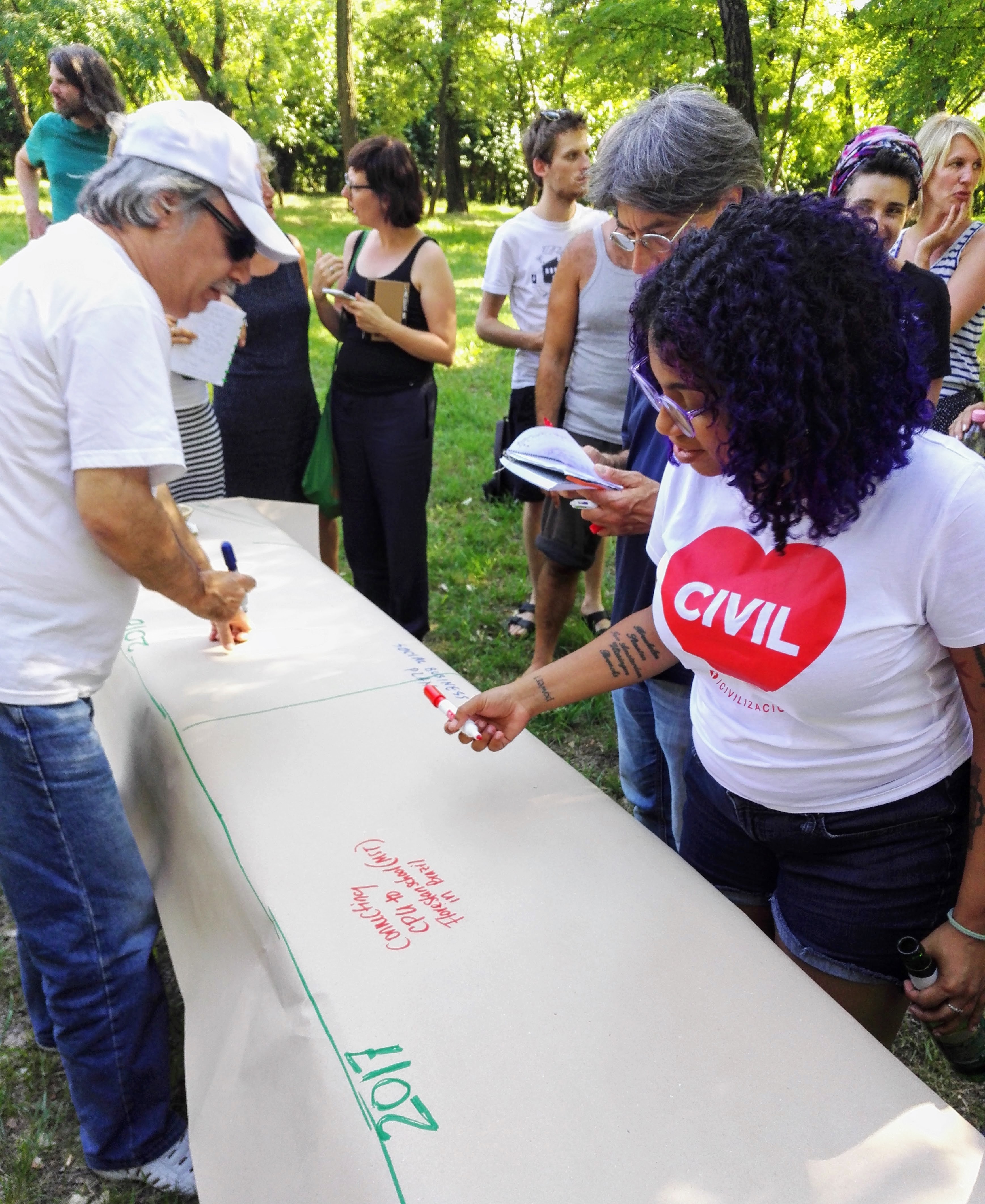 CPU participants take time to map out the future of the CPU institution.

How do we maintain this institution?

This year we organized the CPU on a shoestring budget. Truth be told, there were times over the almost year-long planning process of the event that we were not sure we would even be able to organize the event at all.

...the depth of our collective knowledge and capacity to support the success and growth of this institution we call the Citizen Participation University is deeper than we think.

Rather than suffer this set of challenges by ourselves, the CPU planning committee made the decision to offer full transparence and open up our problem-solving process to the wisdom of the entire group of CPU participants. On Thursday afternoon, we started our session with a panel discussion of CPU “veterans,” many of whom had been involved in CPU from the very beginning. We then asked people to break into small groups and to answer together two deceptively simple questions: “What do I get from the CPU?” and “What can I give to the CPU?”

The resulting conversations and facilitated brainstorming session revealed that people get a whole lot from the CPU, and that the depth of our collective knowledge and capacity to support the success and growth of this institution we call the Citizen Participation University is deeper than we think.

In the end, what we are doing at CPU is dangerous. The free expression of ideas, by free people, freely gathering with others with whom they feel a deep sense of camaraderie is a seed that is not easily snuffed out. Like the dandelions that line the farm fields of Kunbábony, that seed can grow in the most unlikely of places. |||

Send us your CPU testimonial.

Help us tell our story. Submit your short testimonial about your experience at CPU.